Skip to content
If there is something in Spain, apart from our Iberian ham, of which we can be proud and claim to truth, is our Spanish shoe.
Increasingly, most of the national and international firms, are manufactured in Spain, and it has a reason why. The great tradition of shoe manufacturing, excellent quality of leathers and materials, and a good “savoir faire” of our manufacturers have managed this undisputed achievement.
Choosing footwear Spanish means to buy “the good the best”, where the relationship among design- quality – price is the main topic. This is the case of the new collection fall / winter from Marilo Domínguez: www.marilodominguez.com/en/colecciones 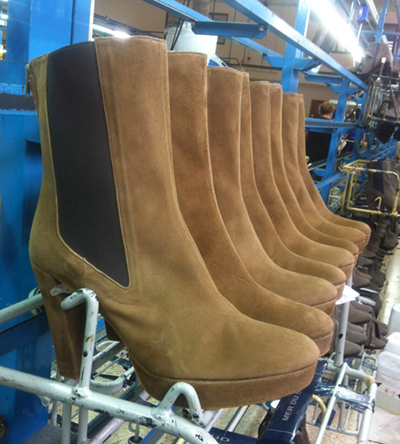 We detail the latest figures according to FICE (Federation Industries Spanish Footwear) who support this reality:
“EXPORTS OF FOOTWEAR IN THE FIRST HALF OF THE YEAR, CONTINUE THEIR TREND BULLISH WITH AN INCREASE OF 9%”